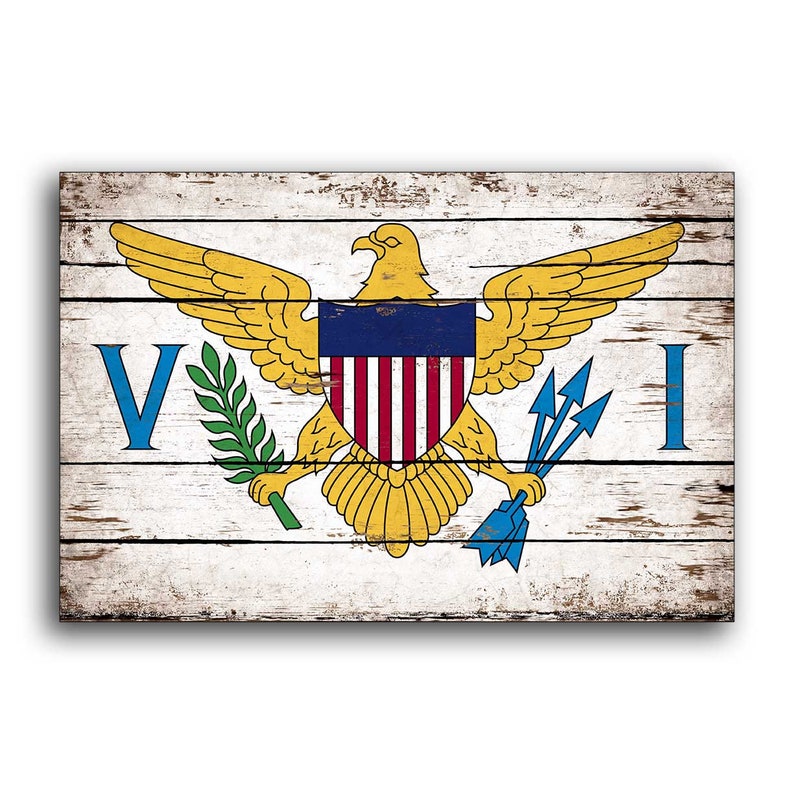 US Virgin Islands Flag: The current flag of the U.S. Virgin Islands was officially adopted in 1921. As an unincorporated territory of the United States, the island's flag features parts of the U.S. seal. One eagle claw holds three arrows, representative of the three major islands, while the other claw holds an .